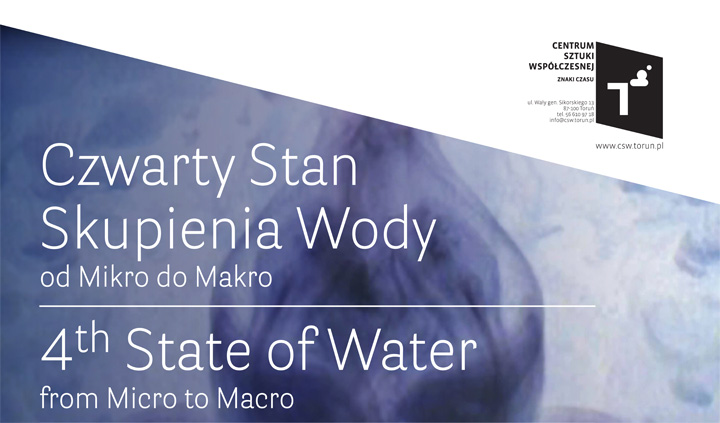 The Fourth State Of Water: From Micro To Macro

Victoria Vesna’s artistic work as well as her theoretical background were motivations to invite her to curate a project that will bring to CoCA Torun some of the most advanced and experimental artistic practices, but not only. The project curated by Victoria Vesna is conceived to be first and foremost an exciting collaborative experience, based on the exchange and dialogue through the creation of a social network and meta-interface that will involve artists, scientists, curators and theoreticians, journalists and other interested intellectuals. This project is developed around the theme of water, understood not only through the multiplicity of its symbolical and metaphorical meanings but also as one of the life and energy sources which today demands a serious political and social discussion.

According to Victoria’s concept, “this project considers the idea of the 4th state of water as a shift in perspective and a new way of thinking with this molecule being the ultimate reflection of our emerging global consciousness. Just as the discovery of the buckminsterfullerene changed our perception of matter and life while ushering in the age of nanotechnology, the idea of a 4th state of water, changes our way of thinking of life and could have major implications in the sciences from nanotechnology to neuroscience to the extraterrestrial search for life. Similarly, plasma is sometimes called the “4th state of matter” going beyond what we are used to on earth – solid, liquid, gas… During the last century many scientists have tried to bring to the forefront the existence of a dynamic plasmatic energy existing within living organisms and water with not much success. With the current scientific advances, some of these ideas by experimenters who showed water as a carrier of an energetic force of a cosmic-biological phenomenon are resurfacing. The exhibition is based on taking these far-out ideas of water as a way to enter into a productive dialogue between artists and scientists.” Involved artists will be or strongly connected or coming from areas of big river deltas and water ports all over the globe, as well as places which has been changed or destroyed by the water. Not by chance that Japan is strongly presented through the participation of artists as well as scientists who engage themselves in the artistic practice too. Also other areas hit by violent tsunamis or by droughts were source of inspiration to some of the artists involved in this project which in its totality seeks to raise awareness and sensitize larger public opinion on issues that regards all of us: from theories about beginning of life to those about extraterrestrial life forms, from concrete ecological and environmental issues, like social aspects related to the lack of water in the world, to considerations of water as one of the most universal symbols as well as metaphors for our contemporary “liquid” society, as well as for the permanent flux and flow of data in the vast “ocean” of internet.

In the occasion of the exhibition will be launched web platform which will include contributions of Linda Weintraub (USA), Esther Moñivas (Spain), Ryszard W. Kluszczynski (Poland), Karla Brunet (Brazil), Phillip Ball (GB) as well as artists and activists working around the theme of water in the multitude of it’s potential meanings and applications. An extensive meta-interface website is designed by Claudia Jacques.

﻿In connection with the 4th State of Water: From Macro to Micro exhibition at CoCA Torun, UCLA is hosting the 4th State of Water Symposium on March 22 (World Water Day) and March 23, 2012 at the California NanoSystems Institute. The opening keynotes will be given by renowned science writer Dr. Philip Ball, author of “Why Water is Weird” and “H20: A Biography of Water”, and Gerald Pollack from the Department of Bioengineering at the University of Washington, speaking on the “Fourth Phase of Water”.

The event will additionally feature a joint online session powered by Waterwheel, an interactive, collaborative platform for sharing media and ideas, performance and presentation. The Art|Sci Center invites all artists and scientists to participate in an OPEN CALL for a collaborative 15 minute performance on Tap. For more information on Waterwheel and Tap, please click here.

The event archiver is also online at http://cnsi.ctrl.ucla.edu/streaming/art-sci/water-symposium 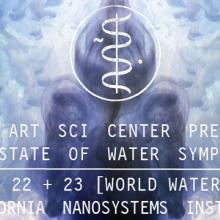 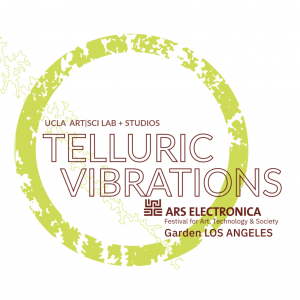 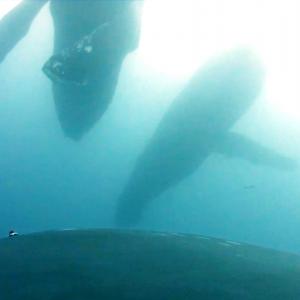 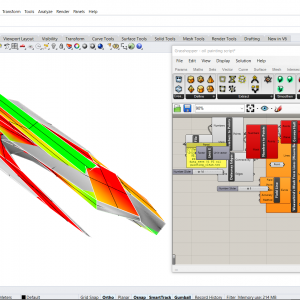 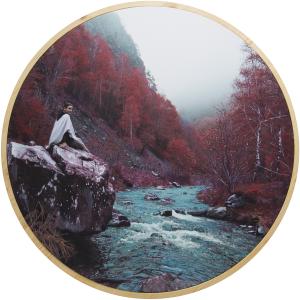 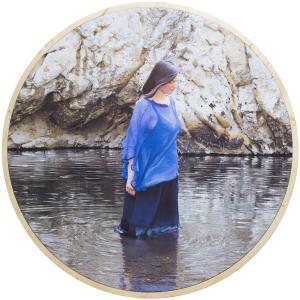 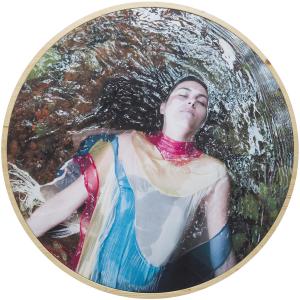 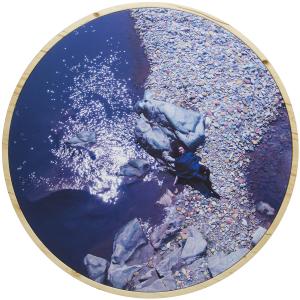 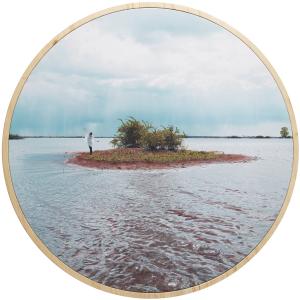